The insights of artist Claude Domec (1902 – 1981) offer a provocateur’s clarity in the cacophony of current 21st century art speak. His paintings are an invitation to encounter mystery and exploration with quiet, focused attention. Grounded in the rich classical education of early 20th century France, Claude Domec initially traveled through the mirrored halls of Surrealism. Conversing and questioning with his close friend, the poet Robert Desnos ( 1900-1945) Claude Domec never surrendered to the ‘group think’ dynamics of Surrealist founder Andre Breton. Domec was, for a short period of time in the 1930’s a ‘participant-observer’ of Surrealism’s development in Paris. However as Pierre Granville points out: (Domec) “was detached from that 1 group. . .” and his “visionary quality is unmistakable, his unpretentious gaze dives beyond the silent world that surrounds us.”

The origin of this project is rooted in one solitary event. In September 2017 I was introduced to Claude Domec’s work by his grand daughter, Mathilde Rousseau Domec.
Archived on the upper floor of the Domec family home, in the village of Marnay-sur-Seine are the paintings and sketches of Claude Domec. The longer I stood before his works, meeting each painting as one would meet an unknown friend for the first time,
the more I allowed myself to be inhabited by the spirit of an artist who lived authentically in one of the most turbulent and destructive times of 20th century history.
Claude Domec grew up as a young boy witnessing the encampment of troops in Marnay-sur-Seine during World War I. He was caught in exile in the United States during World War II, returning to France in 1946. He never lost the ability to embrace
all that was around him. He was decades ahead in his thinking about the intertwining importance of the environment in his devoted awareness of the rhythms of the Seine, the crucial work of bees and the sustaining life gifts of trees.

I wanted to know more about him, his way of working, his way of thinking. In January 2018 I began a translation project with Emmanuelle Pourroy, Director of Education at the Alliance Francaise in Denver, Colorado of an extensive interview Claude Domec gave toward the end of his life. We completed the translation in May 2018. Over those four 2 months of intense translation work my thinking and work as an artist was broadened, challenged and affirmed by the words of Claude Domec. I am deeply grateful and want to share this with the world community that continues to care about the arts. 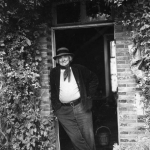 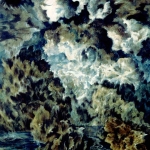 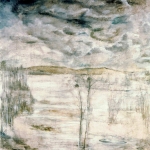 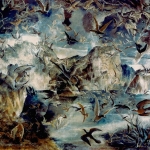 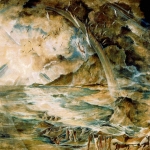 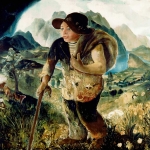 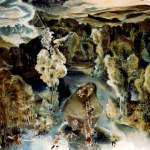 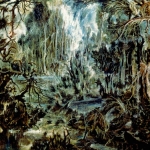